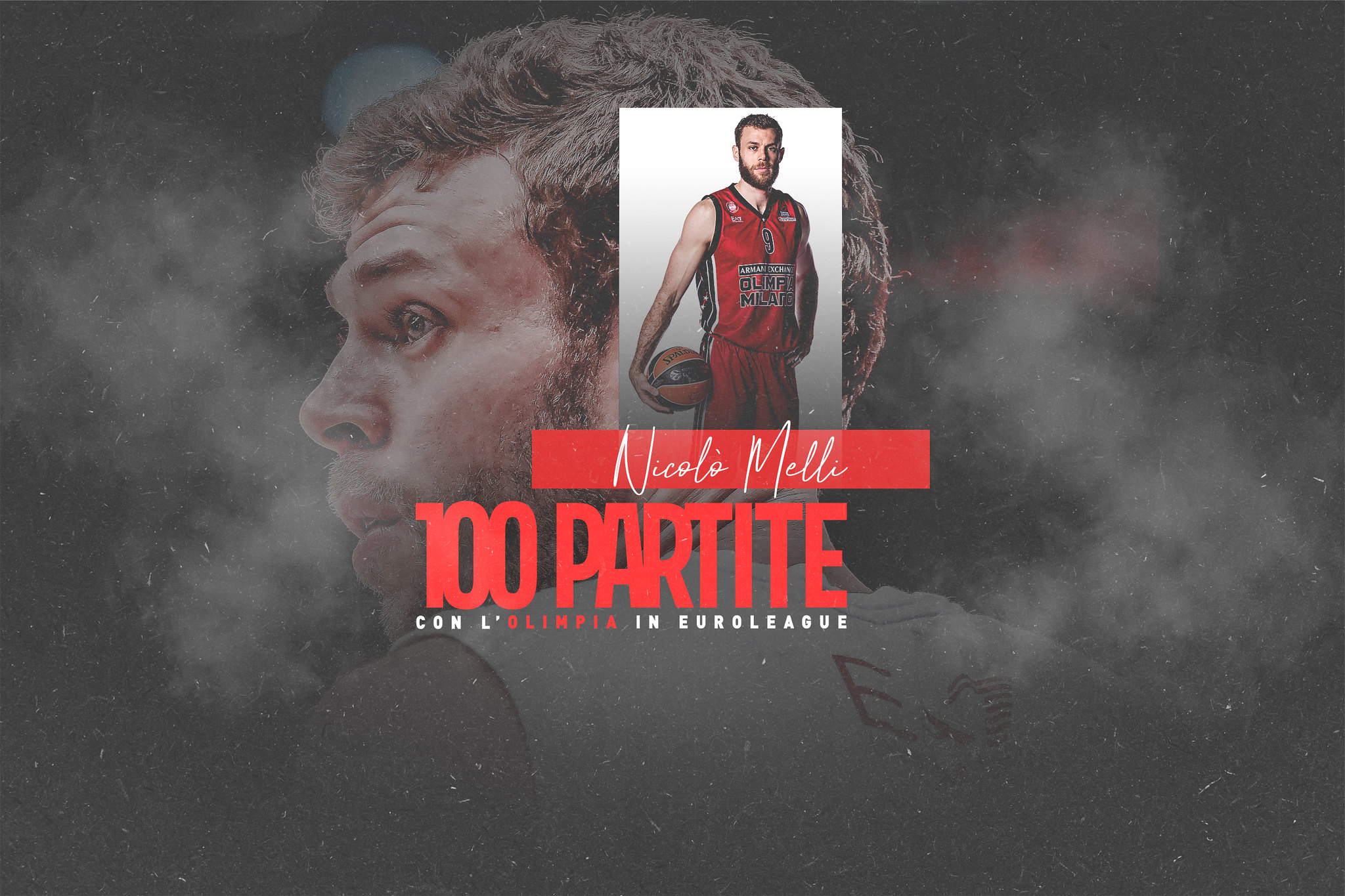 Nicolò Melli became last night the third Olimpia player to appear in at least 100 EuroLeague games with the red jersey. Before him, Kaleb Tarczewski (the all-time leader with 138) and Vlado Micov reached that number. Melli is the first Italian to do so. His first EuroLeague game dates to October 21, 2010, in Moscow, an Olimpia 88-73 win. In Moscow, next Friday, he will appear in the EuroLeague game number 101. He also had almosta a double double in the 100th game. Melli so far is the third-best rebounder ever and the 16th scorer, besides being the co-captain along Sergio Rodriguez. This season, he has started every single game, 18 out of 18. He had played 82 games for Olimpia between 2010 and 2015, then he played 53 games for Bamberg and 74 for Fenerbahce, before moving to the NBA for a couple of seasons. In all, he has played 225 EuroLeague games and is the 18th-best all-time rebounder for the competition.