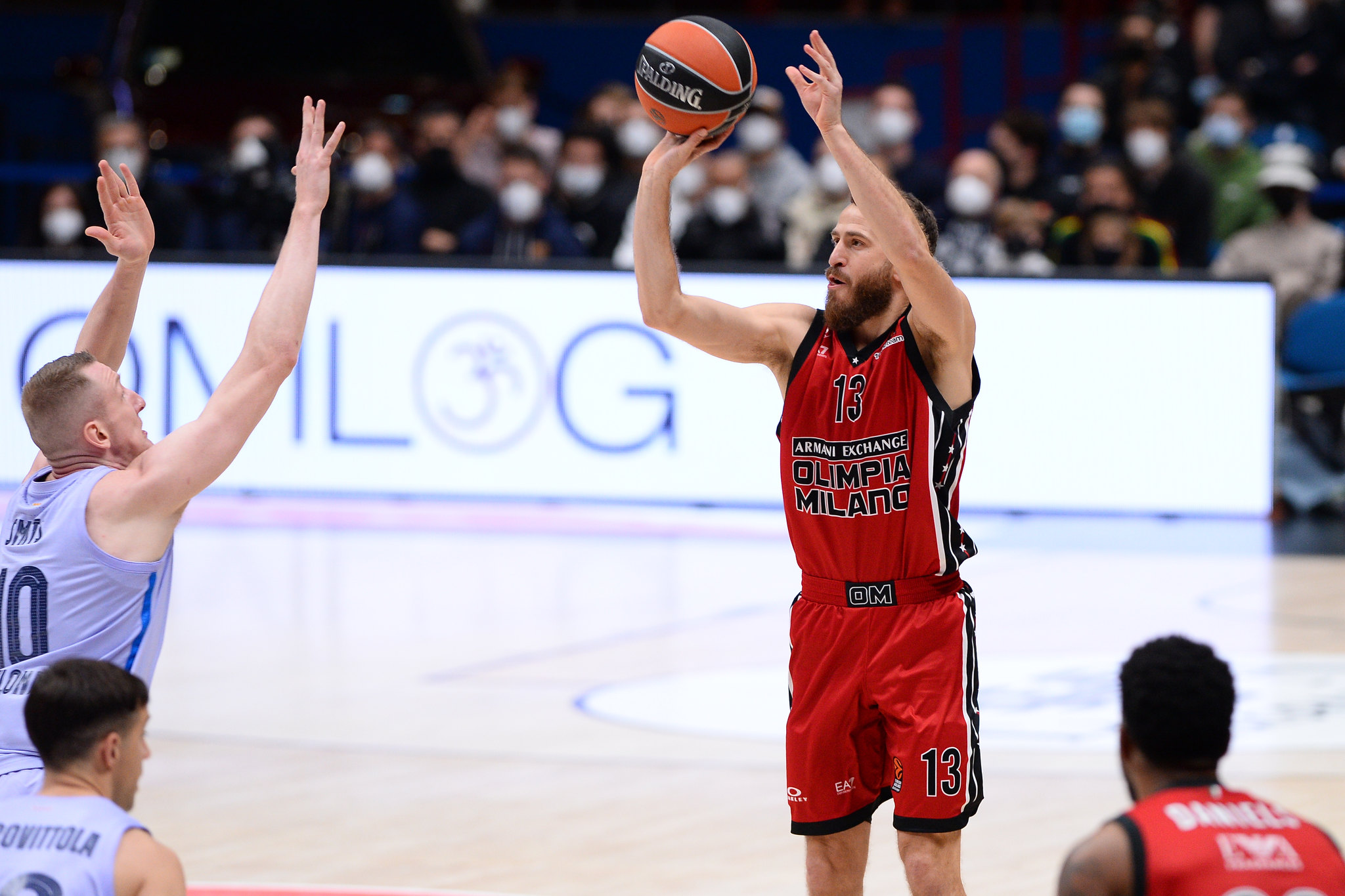 Barcelona-Olimpia last year was the EuroLeague semifinal, this year Milan won the first round so breaking a four-game losing streak against the Catalans who are still first in the standings and, after the Mediolanum Forum loss, have won nine consecutive games. The level of difficulty is sky-high: Barcelona is 9-0 when playing at Palau. However, it will be a game affected by absences, injuries, and the difficulties that both teams have faced during the last weeks, due to Covid reasons. Olimpia has missed its last three EuroLeague games, its last game dates to December 16, almost a month ago. In the meantime, it played with a reworked roster in the Italian league, winning two games. Barcelona have missed a single EuroLeague game and resumed its activity last Sunday against Manresa in the Spanish league, a game lost after an overtime but affected by a short-handed roster. It remains to be seen who will be and will not be available. In Barcelona for physical problems have been out in the last league game Nick Calathes and Alex Abrines; Pierre Oriola, who is returning, was on the bench but was not used; Brandon Davies, Sergi Martinez and Dante Exum are still dealing with Covid. Their use is uncertain. On the other hand, James Nnaji played well against Manresa. He is a 2004-born center from Nigeria. In his debut, he had five blocks. Olimpia will be without its three injured players, Dinos Mitoglou, Shavon Shields and Gigi Datome who are averaging 28.2 points per game combined, about 40% of the team total. Malcolm Delaney has not yet played after the December 16 game against Real Madrid; Trey Kell is scheduled to play a EuroLeague game for the first time; Troy Daniels is not with the team yet.

COACH ETTORE MESSINA– “We are going to face on the favorites to win the championship, a team which relies on defensive aggressiveness and offensive discipline. We are gradually recovering the players affected by Covid issues and that might help in a game where rebounding and ball movement against their defensive switches should be crucial to try to stay close to the end.”

SERGIO RODRIGUEZ – “Barcellona is a very physical team, very intense and focused on the defensive aspect of the game, with an extraordinary offensive player like Nikola Mirotic. Playing in Palau is always difficult, we are aware of that, we know that the situation is not ideal for both teams because of Covid issues, but from our side we’ll play with the required effort in order to do the best we can.”

FC BARCELONA – League-leading Barcelona have so far lost only three games this season, including one in Milan against Olimpia. Last season’s finalist team returned all of its top players: Nick Calathes, Cory Higgins, Kyle Kuric, Nikola Mirotic, Brandon Davies, as well as Pierre Oriola, Rolands Smits, Alex Abrines (still unavailable due to injury) and Sergi Martinez. The newcomers are Rokas Jokubaitis, Nigel Hayes, Nicolas Laprovittola and Sertac Sanli. Calathes, before being slowed by injuries, averaged 8.4 points, 5.7 assists and 5.2 rebounds over 10 games; Laprovittola, who used to start during Calathes’ absence, has compiled high-level numbers, 9.2 points, 3.4 assists per game and 47.3 percent shooting from three. During the last eight games, he has scored in double figures six times and has delivered at least five assists six times. Cory Higgins has had to deal with some injuries that limited him to nine appearances, averaging 9.7 points per game. Kyle Kuric, in addition to scoring 8.8 points per game, is shooting 39.7 percent from three and 90.5 percent from the line. Rokas Jokubaitis, a New York Knicks selection in the last NBA draft, is playing over 18 minutes per game off the bench, averaging 7.8 points per game, 3.3 assists and is shooting 50.0 percent from three. Small forward Nigel Hayes, after a six-game span of starting, has come off the bench in the last few outings. He is still averaging around 21 minutes and 4.6 points per game. Center Brandon Davies is averaging 10.9 points and 3.1 rebounds per game: like Hayes and Jokubaitis, he was also coached by Jasikevicius at Zalgiris. Sertac Sanli is often starting at the center spot. He knows how to shoot from the outside (35.5 percent from three) and averages 7.9 points and 3.2 rebounds per game. Captain Pierre Oriola (3.4 points, 3.1 rebounds) is another option at the center spot. The power forwards are Nikola Mirotic and Rolands Smits (4.5 points and 4.0 rebounds on average). Mirotic, who started in 17 out of 18 games and scored in double digit in 17 out of 18 games, averages 17.9 points per outing while shooting 65.0 percent from two and 50.0 percent from three. He is the player who has obtained the most free-throws, is leading the league in scoring and in index rating. Since returning from the NBA, he has been a five-time MVP of the month, including last December. Finally, Dante Exum (five appearances so far), probably absent for Covid, is an Australian international signed to overcome the injuries to Calathes and Higgins. He can play two positions and has a six-year NBA experience.

THE BARCELONA CONNECTION – Malcolm Delaney played for Barcelona during the 2019/20 season, with 26 appearances in the EuroLeague and 266 points scored. Cory Higgins won the EuroLeague championship along Sergio Rodriguez and Kyle Hines at CSKA Moscow in 2019. Nikola Mirotic played along Sergio Rodriguez at Real Madrid. During the 2010/11 season both were coached by Ettore Messina. Dinos Mitoglou played for Panathinaikos next to Nick Calathes.

HISTORY VS BARCELONA – Over the previous 24 games, Barcelona is leading 14-10, 11-7 during the EuroLeague era. In 2014 Olimpia prevailed with a sensational 91-63 inspired by Alessandro Gentile’s 24 points and inflicted on Barcelona the worst European defeat since 2007. Four years ago, Olimpia won both games, the first at home 78-74 with 19 points scored by Jordan Theodore and the second on the road, 83-81, with a mid-range winning jumper made by Dairis Bertans. Andrew Goudelock scored 20 points, Arturas Gudaitis 16 with 7-for-7 from the field. Two years ago, Olimpia defeated Barcelona 93-80 with a sensational 31-12 fourth, with 17 points and seven assists by Rodriguez, 16 points and eight rebounds by Micov, 14 points scored by Luis Scola. In the return match Barcelona won 84-80 with 26 points and nine assists from Malcolm Delaney who played for the Blaugrana team at that time. Last season, Barcelona won 87-71 at home and then in Milan 72-56. On a neutral court, in Cologne, in the EuroLeague semifinal, Barcelona prevailed 84-82. Cory Higgins’ walk-off jumper decided the game. This season, Olimpia won the first game 75-70 with 17 points by Gigi Datome and 16 added by Devon Hall.

GAME NOTES – Sergio Rodriguez, 13 assists shy of 1,500 in his career, a feat reached so far by Vassilis Spanoulis and Nick Calathes only, has scored at least one three in eight consecutive games and 10 of his last 11. Kyle Hines is nine offensive rebounds from 700 for his career. Only Felipe Reyes has crossed that threshold at this time (he has 705). Finally, Nicolò Melli is going to appear in his 99th EuroLeague game with Olimpia. Only two players have at least 100 appearances, Kaleb Tarczewski and Vlado Micov. Coach Ettore Messina is second for games coached in the EuroLeague with 385, Javi Pascual is third with 349. The wins are 273 for Messina and 240 for Pascual. They are second and third respectively in this list too, behind Zeljko Obradovic. 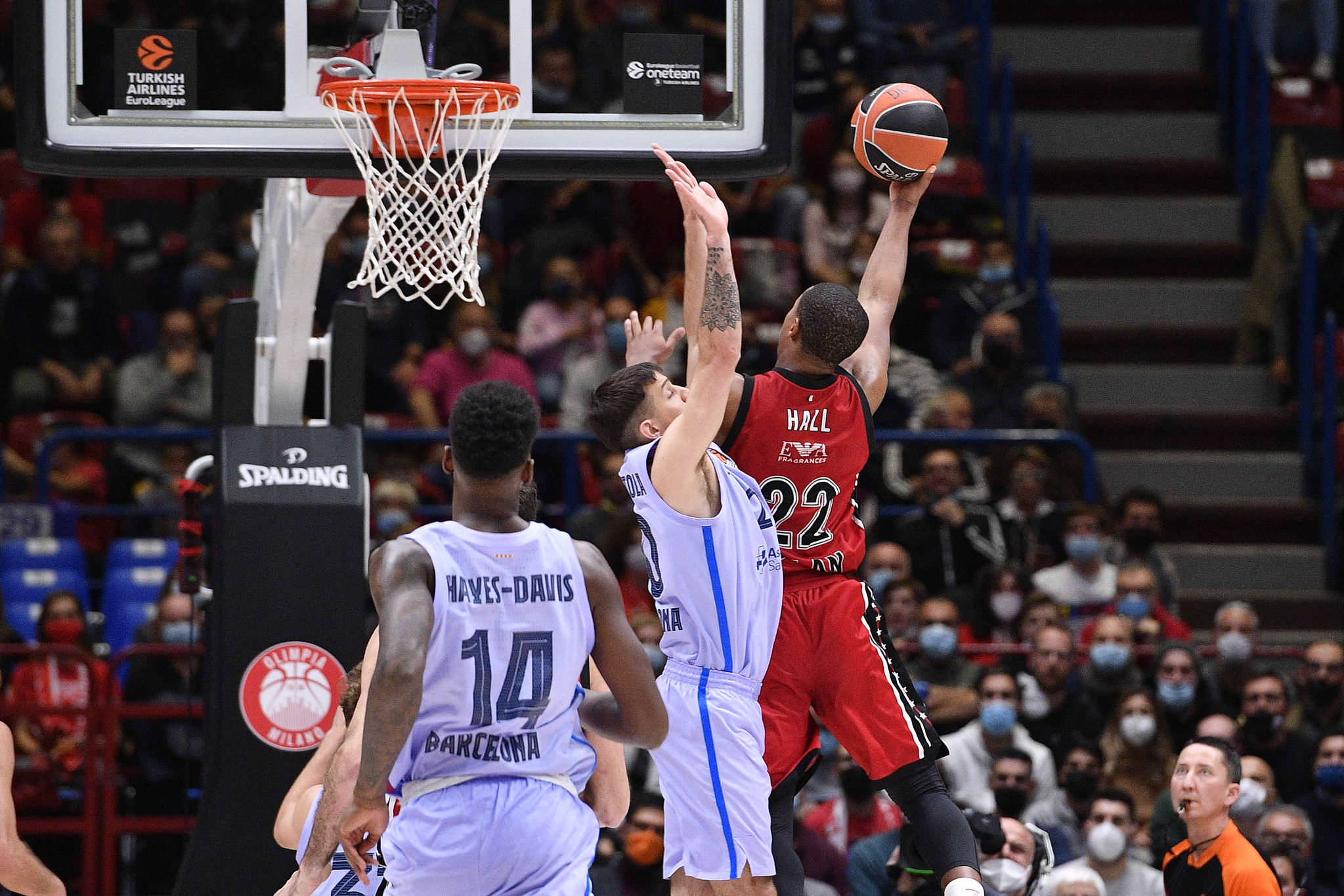 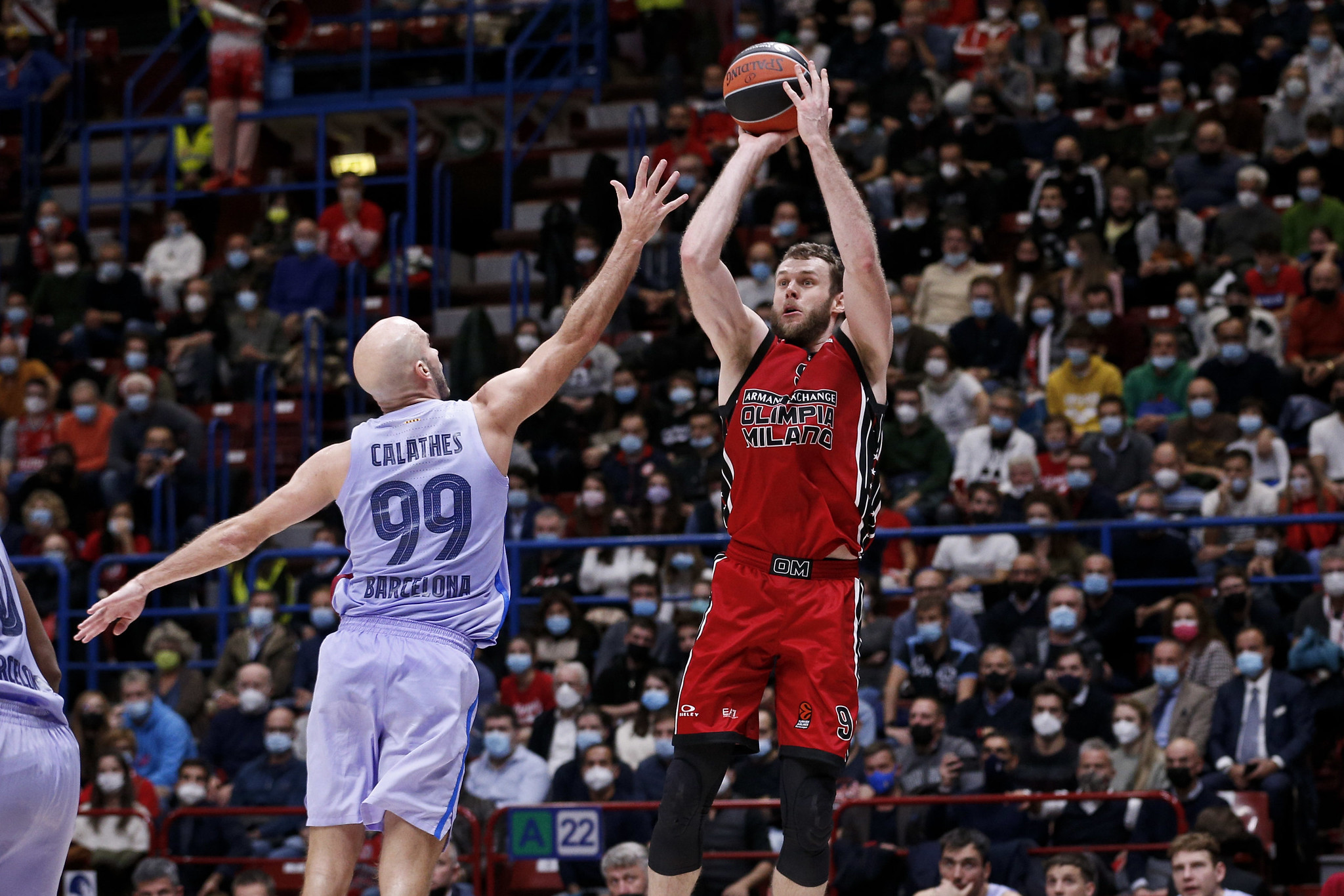 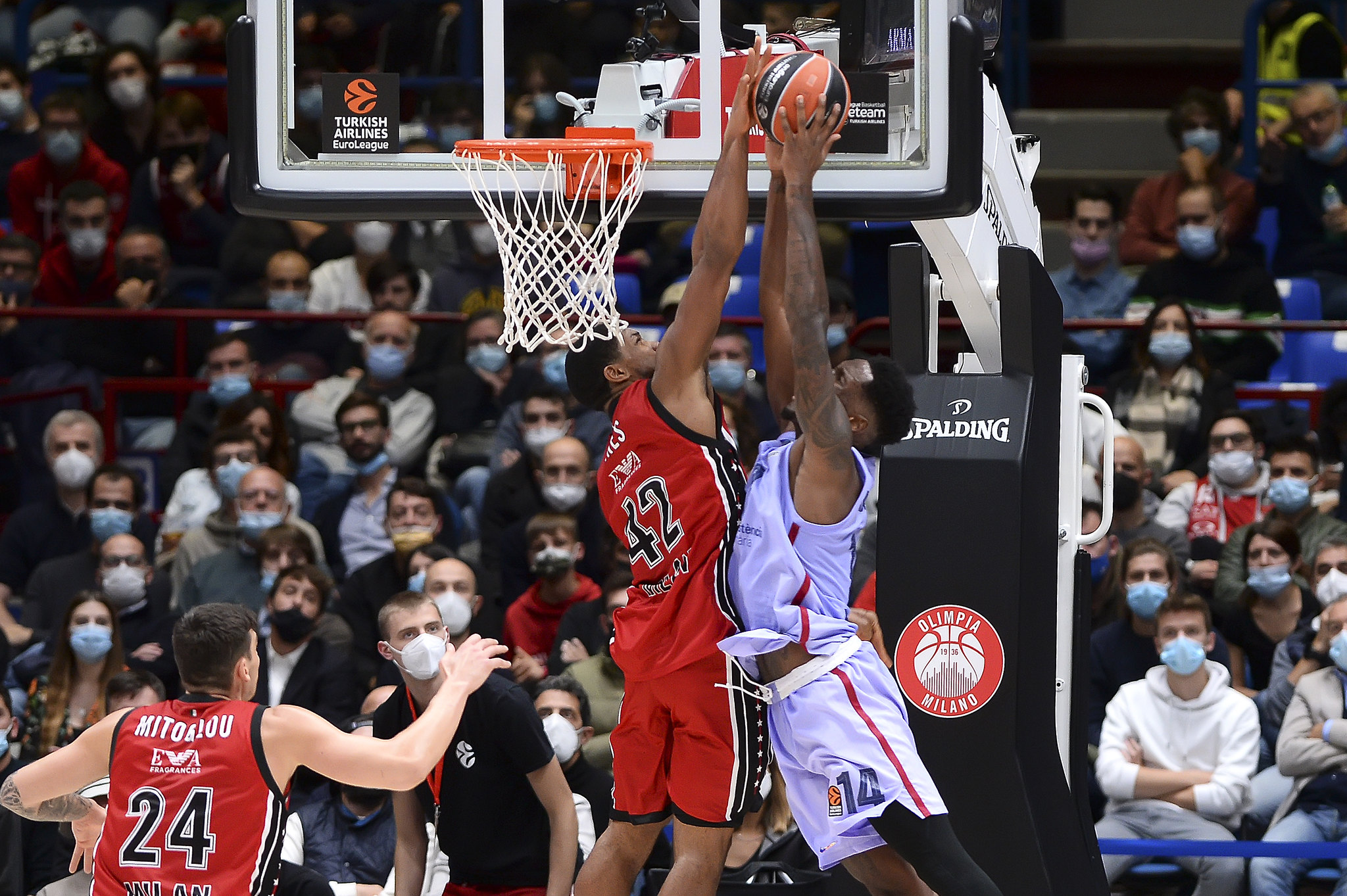